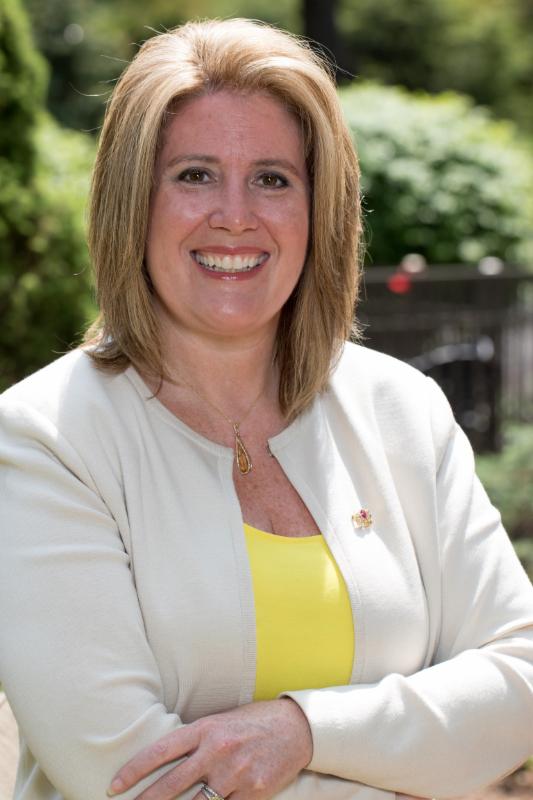 John F.X. Graham
Founder, Fairview Insurance Agency Associates, Inc.
As the founder of Fairview Insurance Agency Associates, Inc., John F.X. Graham possesses nearly 40 years of experience in the insurance industry and currently serves as Chairman and CEO. His daily responsibilities include business development and general management of operations at the agency, overseeing a staff of over 25 employees spread across Sales and Marketing, Financial, Claims, and Customer Service divisions.
Outside of Fairview, John has been an active community leader over the past several decades, assuming responsibilities as an educator, coach, and political leader while serving on advisory boards in a variety of industries. He is nationally recognized for his political acumen and is often called upon for support due to his deep understanding of public policy issues. Throughout his distinguished tenure as Fairview's Chief Executive, John has consistently demonstrated a commitment to deliver the services of a national-caliber firm with a Main Street personality.
His academic background includes a B.S. in Management from LaSalle University, an M.A. in Education from Temple University and an Honorary Doctorate of Law from the Rabbinical College of America.
Read more
Add your reaction Share 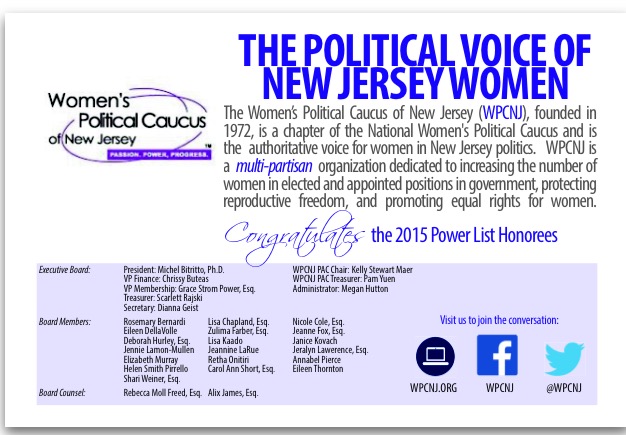 The Women's Political Caucus of New Jersey (WPCNJ) congratulates board member Carol Ann Short, Esq., New Jersey Builder's Association, CEO being named to the list of the 50 most powerful individuals in NJ real estate by NJ Biz magazine.  Short's ranking moved up to #43 this year and she is one of three women highlighted on the distinguished real estate power list.


"The voters have spoken and the issue of women's health care funding has clearly resonated," said WPCNJ President Michel Bitritto. "We are proud of all of our endorsed candidates for their efforts and congratulate our winners. But there is still plenty of work to do to elect more women."

Other newcomers endorsed by WPCNJ include Patricia Egan Jones (LD5), Angela McKnight (LD31) and Annette Chaparro (D33). Their victories bring the total of women legislators in the Assembly to 26*.


WPCNJ also enjoyed victories for two of its board members and past president. WPCNJ board member, Janice Kovach, won reelection for Mayor of Clinton and Andrea Katz, Treasurer of the Democratic Task Force, was elected to a full term on the Chesterfield School Board.  WPCNJ past president Joanne Rajoppi won reelection for Union County Clerk.
Read more
Add your reaction Share

“We endorsed Secretary Clinton in her 2008 presidential campaign and are happy to be able to do so again. She is an inspiring candidate who has proved time and time again that she has what it takes to be an exceptional President,” said NWPC President, Donna Lent.

Hillary Rodham Clinton has dedicated decades of her life to public service and advocating for women’s equality. After graduating from Yale Law School, she served as First Lady of Arkansas and then as First Lady of the United States. She modernized the office, taking on policy initiatives including healthcare and childcare. She traveled to more nations than any other previous First Lady, including a trip to China for the Fourth World Conference on Women where she declared, “that it is no longer acceptable to discuss women's rights as separate from human rights." In 2000, after her tenure as First Lady, Clinton held her first elected office as Senator from New York, becoming the first woman to serve in the Senate from the state. While in the Senate, Clinton proved to be a powerful legislator, signing on as an original co-sponsor of the Lilly Ledbetter Fair Pay Act and introducing multiple bills to correct the gender wage gap. Clinton then served as Secretary of State, once again becoming the most traveled Secretary in history, visiting a record 112 nations.