New Brunswick, NJ – The Women’s Political Caucus of New Jersey (WPCNJ) along with the WPC Rutgers University Student chapter, has partnered with Remember the Women Institute to host a dynamic program – Intimate Partner Violence: Education, Art, and Advocacy. The event is being held on Thursday, October 27, 2022 at 5:30 PM at the Red Lion, Student Center. 126 College Avenue, Rutgers University, New Brunswick.

The program will include an artistic response by Cat Del Buono, a display of clothing and informational posters about two victims, and a video performance of All Databases are Incomplete written by Cynthia L. Cooper and performed by professional actor Lisa Pelikan.

There is no cost to attend but registration is required. Kindly visit https://www.wpcnj.org/calendar to register to attend in person. Please note: this is a hybrid event. The Zoom link is: https://us02web.zoom.us/meeting/register/tZ0kcOmsrzosHNJw0cdoauXdGDQd82B9s1ek

September 16, 2022 · Flag
The Women’s Political Caucus of New Jersey (WPCNJ) expresses outrage over legislation sponsored by U.S. Senator Lindsey Graham (SC) and U.S. Rep. Chris Smith (NJ) introducing a nationwide abortion ban. Currently, New Jersey residents have full reproductive rights and access to safe healthcare but clearly there is an overall agenda that could lead to a federal ban on abortion.
Elections have consequences that can last for generations. We must be mindful that who we elect will determine our reproductive rights and whether the Congress will pass a nationwide abortion ban. We must also remain steadfast in promoting and supporting elected leaders who will defend a woman’s right to choose and not just pay lip service to this inalienable right.
WPCNJ is just as committed as ever to endorsing and electing pro-choice candidates and we will continue to work with our allies across the country who are equally committed to protecting women’s reproductive freedoms and access to safe healthcare.
WPCNJ, founded in 1972, is a chapter of the National Women's Political Caucus, a multi-partisan organization dedicated to increasing the number of women in elected and appointed positions in government, protecting reproductive freedom and promoting equal rights for women.
For more information on the Women's Political Caucus of New Jersey visit www.wpcnj.org.
Share

(Washington, DC – June 24, 2022 ) The National Women’s Political Caucus is sickened by the Supreme Court’s gut wrenching decision to overturn Roe v. Wade. We will not stand by and watch as women are stripped of their rights.

“Some say countless women in this country will die because of this decision. But we will count every single one of them. Their deaths will be laid at the feet of The Supreme Court and the religious right” said NWPC President, Donna Lent.

While we are uncertain of what will happen in the days to come, the expectation is that this will not be the last decision impacting basic human rights. The National Women’s Political Caucus will stay vigilant and prepared to fight. It will fall on our nation’s elected officials at all levels of government to protect a woman’s right to choose. The National Women’s Political Caucus will continue to recruit, train, elect, and support pro-choice women running for all levels of government and for women’s access to safe, legal abortion everywhere.

A native of New Jersey, Noreen previously served as Cabinet Secretary to the Governor and as Chief Counsel at the New Jersey Board of Public Utilities. At NJBPU, Noreen worked on advancing Governor Murphy’s clean energy agenda, including the 2019 Energy Master Plan, the Offshore Wind inaugural solicitation, the establishment of the State’s first community solar program, and the transition of the state’s solar market.

During the Corzine Administration, Noreen served as Chief of Staff at the New Jersey Board of Public Utilities and as the Chief Advisor to the President of the Board. In this role, Noreen oversaw the day-to-day management of the Board, including core operational, financial, and human resources initiatives.

Noreen formerly served as Director of Executive Office Operations for Governor Corzine and, before that, as State Director to United States Senator Frank Lautenberg, where she oversaw the staff and operations throughout New Jersey. She also served as Deputy Director of the Authorities Unit during the administration of Governor James McGreevey.

Giblin received her B.A. from Villanova University and J.D. from Seton Hall University School of Law. She is married and has a 7 year old son.

Assemblywoman Vainieri Huttle was elected to the New Jersey General Assembly in 2005 and has served for nine terms until 2022 representing the 37th Legislative District. Throughout her time in the General Assembly, Ms. Vainieri Huttle has served as the Chair of the Assembly Aging and Senior Services, the Assembly Human Services, and the Assembly Homeland Security and State Preparedness Committees. In 2015, she was named Deputy Speaker of the General Assembly. She also served on the Bergen County Board of Chosen Freeholders (now known as the Board of County Commissioners) from 2001-2007 and was board chairwoman from 2003-2005.

Ms. Vainieri Huttle has sponsored several landmark laws including the Anti-Bullying Bill of Rights, the Human Trafficking Prevention, Protection, and Treatment Act, the Stephen Komninos’ Law, and the Freedom of Reproductive Choice Act. She has also led efforts to reform the Port Authority of New York and New Jersey and has been at the forefront of promoting LGBTQ rights.

Ms. Vainieri Huttle was an ex officio member of the New Jersey State Council on the Arts and was one of the General Assembly representatives on the New Jersey-Israel Commission. In 2003, she helped establish the Bergen Performing Arts Center in Englewood. Since 2012, Ms. Vainieri Huttle had been running the District 37 Young Women’s Leadership Program aimed at introducing high school students in her district to government and public service.

Assemblywoman Vainieri Huttle attended Rider University and graduated from Fairleigh Dickinson University with a B.A. in English. Since 1981, she has served as president and director of Vainieri Funeral Home, a family-owned business in North Bergen.

Valerie Vainieri Huttle resides in Englewood with her husband, Former Mayor Frank Huttle III and has two daughters, Alexandra and Francesca, as well as one grandson, Jackson.

May 03, 2022 · Flag
WOMEN'S POLITICAL CAUCUS OF NJ EXPRESSES HORROR & OUTRAGE OVER
LEAKED SUPREME COURT DECISION ON ROE
The Women’s Political Caucus of New Jersey (WPCNJ) expressed both horror and outrage over the leaked draft opinion from the U.S. Supreme Court, which appears ready to overturn a woman’s constitutional right to safe and legal abortions.
"Women have been fighting for equal rights and bodily autonomy far before Roe v. Wade was decided and this fight will continue unabated until a women’s right to privacy over her own healthcare decisions is properly enshrined.
Elections have consequences that can last for generations. While we have been prepared for this egregious decision to come down, this draft opinion is no more palatable, especially for the countless women who will be disproportionately harmed if this opinion is final. We must remain steadfast in promoting and supporting elected leaders who will defend a woman’s right to choose and not just pay lip service. WPCNJ is just as committed as ever to endorsing and electing pro-choice candidates and we will continue to work with our allies across the country who are equally committed to protecting women’s reproductive freedoms and access to safe healthcare."
WPCNJ, founded in 1972, is a chapter of the National Women's Political Caucus, a multi-partisan organization dedicated to increasing the number of women in elected and appointed positions in government, protecting reproductive freedom and promoting equal rights for women.
For more information on the Women's Political Caucus of New Jersey visit www.wpcnj.org.
Share 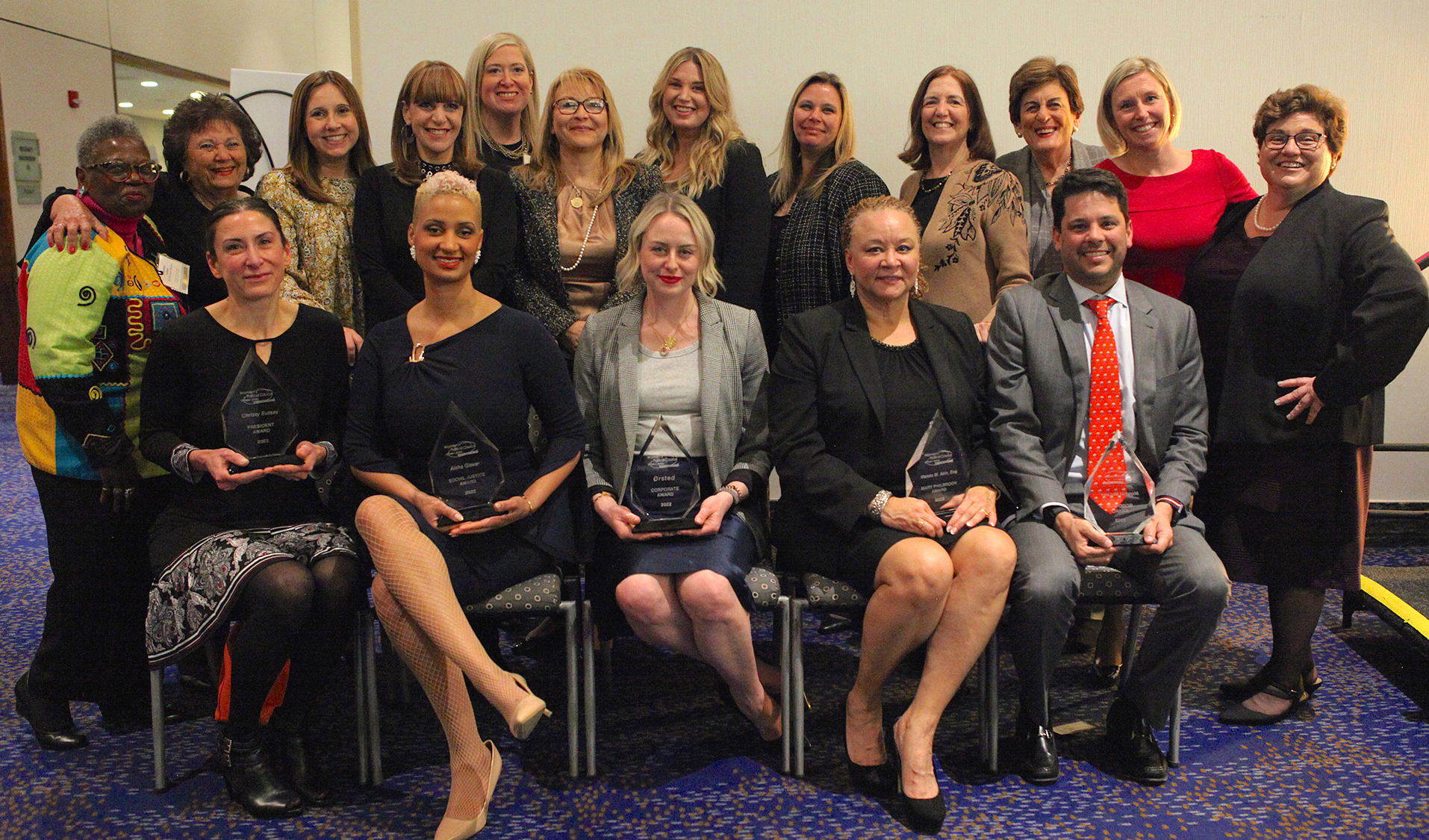 February 21, 2022 · Flag
Wanda M. Akin, was formerly the Managing Attorney for Chubb & Son, Inc.’s, New Jersey House Counsel law firm, Scanlon & Akin, and a Senior Trial Attorney and Of Counsel to Podvey, Sachs, Meanor, Catenacci, Hildner & Cocoziello from November 1994 through January 1998. For 24 years, Ms. Akin has maintained her solo practice known as Wanda M. Akin & Associates in Newark, NJ. For over 20 years, she has taught as an Adjunct Professor at Seton Hall University School of Law and at Seton Hall University’s School of Diplomacy And International Relations.
Akin has over 39 years of experience as a trial lawyer in a wide variety of cases, including criminal defense (in the United States and International Tribunals), complex product liability, property claims, construction accident litigation, catastrophic personal injury, employment/labor, trademark and copyright, and other complex litigation (representing three New Jersey Municipalities and their respective Police Departments and personnel, in complex employment and personal injury litigation). She has been trial counsel in numerous cases in New Jersey State and Federal Courts, New York State and Federal Courts, Maryland State Courts, and in many other Federal Court actions throughout the United States. She served as counsel to an accused at the United Nations-backed Special Court for Sierra Leone. She is currently included in the list of counsel eligible for appointment to represent accused and victims before the International Criminal Court (ICC) and represents victims of the Darfur Crisis in the case against Sudanese President Omar al-Bashir before the ICC.
She was a 15 year member of the New Jersey Supreme Court’s Committee on the Rules of Evidence, for 18 years was a Trustee of the Trial Attorneys of New Jersey, formerly a Master in the Seton Hall Law School Alumni Association Inn of Court and served as a Presidential Appointee to the New Jersey State Bar Association’s Committee on Judicial Administration. In 1999 she served as the President of the Seton Hall Law School Alumni Association.
Akin has taught International Criminal Law in the Seton Hall Law/American University in Cairo summer program in Cairo, Egypt and taught International Criminal Law and Peacemaking in addition to Peacekeeping In Contemporary World at the Seton Hall University School of Diplomacy And International Relations where she was 2005 Adjunct Faculty Of The Year. For several years she taught Criminal Trial Practice at Seton Hall Law School and has lectured and presented widely in the areas of trial advocacy, international law, human rights, media and persuasion, publishing/literary ventures and criminal trial preparation to lawyers, students, bar groups and to a wide variety of businesses and other citizens on various topics.
Ms. Akin has been a periodic guest commentator on Court TV, MSNBC, Inside The Law,(PBS) NJN (New Jersey Network); UPN 9 News and CN8 It’s Your Call. She covered the delivery of the acquittal of O.J. Simpson for America’s Talking and discussed the reaction of African American Women to the verdict on Rivera Live. She was MSNBC’s political commentator during the 2000 Republican and Democratic National Conventions and the 2000 Presidential Election. She is a frequent panelist/lecturer and seminar producer on issues concerning the trial bar and in particular, International Humanitarian Law and Human Rights. Wanda is also counsel to three publishing houses as well as authors and writers in literary matters. She has appeared on TODAY, Good Morning America, Larry King Live, Entertainment Tonight and New York’s NewsChannel 4 with respect to cases and with clients on literary matters.
Share

“The Women’s Political Caucus of NJ, Latina Civic PAC, PAM’s List, leaders from a coalition of Black Women, and the Democratic Task Force of the Bipartisan Coalition for Women’s Appointments applaud the passage and signing of A5950/S4004. This legislation will establish two databases that will document the gender and race of elected officials from the municipal level up and all those appointed to state boards and commissions. If this data can be updated on an annual basis the political parties, legislators, the Governor and the general public can have a full picture of who is serving in government at every level. With that knowledge our hope is that decisions about who gets appointed and who runs can be made with an eye to ensuring that more women and residents from historically underrepresented communities have equal opportunities to serve in positions of power and influence. The Coalition of Women’s Organization collaborated with former Senator Loretta Weinberg, Senator Nellie Pou, Assemblywoman Shavonda Sumter, the NJ Legislative Latino Caucus and the NJ Legislative Black Caucus to draft the legislation and fund the effort.”