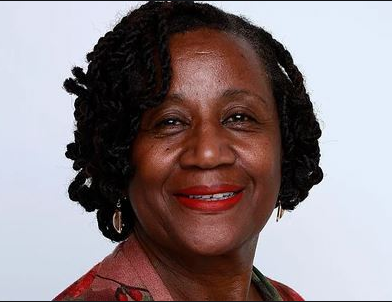 Marcia Wilson Brown is vice chancellor for external relations and governmental affairs, a position in which she forges and maintains relationships on behalf of Rutgers University – Newark with public officials, governmental agencies, and civic groups. She has spent more than 15 years in higher education at Rutgers University-Newark, holding positions as vice chancellor for student and community affairs, associate dean for program development in the School of Public Affairs and Administration (SPAA), associate dean and director of academic foundations, and associate dean of the Rutgers School of Law-Newark Minority Student Program.
Brown is an alumna of the School of Law-Newark where she was elected class speaker and was the recipient of three honors: International Academy of Trial Lawyers Award, Judge J. Skelly Wright Award for Civil and Human Rights Activities, and the Rutgers Alumni Senior Award. She clerked for Chief Justice Robert Wilentz, Chief Justice of the New Jersey Supreme Court, and was admitted to practice in New Jersey, Pennsylvania, U.S. Federal District Courts (Eastern Districts, U.S. Court of Appeals for the Third Circuit), and the U.S. Supreme Court.
Brown is involved with research, teaching, and civic engagement activities at RU-N. She helped to expand the Office of University-Community Partnerships; engaged funders as partners for access and retention programs for students from Newark and from first-generation families; and served as a consultant and adjunct with the Institute on Ethnicity, Culture and the Modern Experience. She also teaches a seminar annually focused on social justice and health disparities, and is affiliated faculty at SPAA. Under the leadership and guidance of former RU-N Chancellor Steve Diner, she helped bring in more than $500,000 in scholarship money for first-generation students from Newark to attend college and live on campus.
Brown has spent more than 30 years in community development advocacy in Newark, working on housing, education, and nonprofit leadership issues, and through the Lucent Foundation, she helped structure more than $10 million in philanthropic dollars toward Newark’s nonprofits engaged in rebuilding neighborhoods and providing learning opportunities for young people. As president and co-founder of the University Heights Neighborhood Development Corporation (UHNDC), she and social activists Junius Williams and Richard Cammiereri helped develop more than 60 units of affordable housing in the Central Ward for low- to moderate-income families.
Brown has been recognized on numerous occasions for her contributions to young people and the quality of life in Newark. She is a mother, grandmother, poet, and the founder of the newly minted Newark Repertory Theater Company committed to engaging and educating audiences with bold, dynamic, and diverse theatrical plays.
Do you like this post?
Created with NationBuilder | Site by JRS Strategies