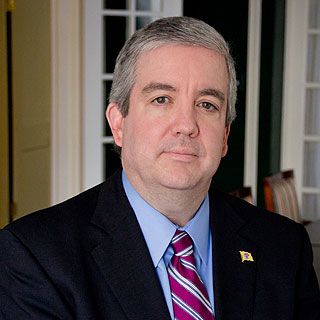 Michael Egenton serves as Executive Vice President, Government Relations for the New Jersey State Chamber of Commerce, representing the business community on legislative and regulatory matters to the Governor, State Legislature, various State Agencies and the Press.
Michael is the State Chamber’s Chief lobbyist on environmental, energy, labor, state budget, transportation and local government issues.  He currently serves as chair on the advisory board for the Senator Walter Rand Institute for Public Affairs at Rutgers University - Camden. This 26-member body is committed to advancing southern New Jersey through the research conducted at the policy center.
He is also the longest active serving member on the New Jersey Clean Air Council, an advisory group appointed by the Governor that makes recommendations to the state of New Jersey on matters and programs pertaining to air pollution control.
Prior to coming to the State Chamber, he worked at the New Jersey Institute of Technology (NJIT), analyzing environmental statutes, rules and regulations that impact New Jersey businesses.
Michael also was the Project Director and Principal Author of Modern Forms of Municipal Government, a report published by the New Jersey State Commission on County and Municipal Government.
Michael Egenton is New Jersey-born and educated. A native of Plainfield, Union County, he is a graduate of Seton Hall University and has a Master's Degree in Public Administration from Kean University.
Michael and his family currently reside in Voorhees Township, Camden County.
Do you like this post?
Created with NationBuilder | Site by JRS Strategies