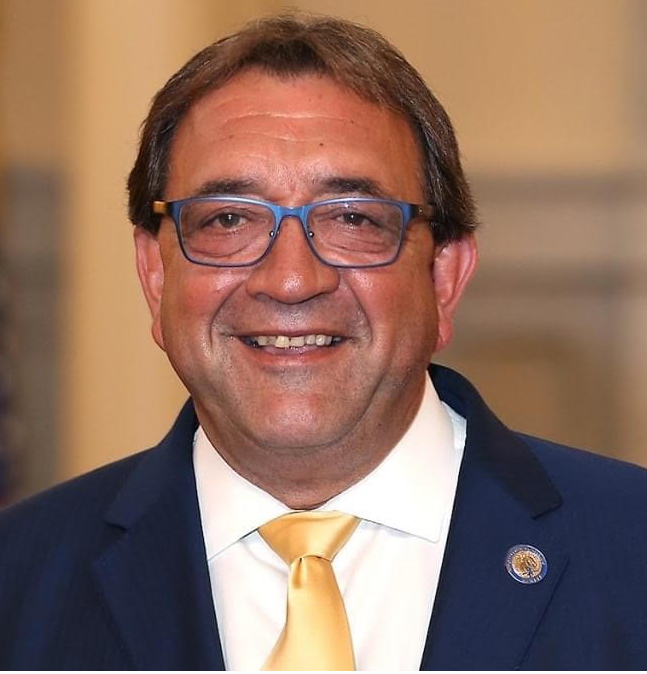 Assemblyman Anthony S. Verrelli has been committed to helping other people his whole life. An unapologetic advocate for New Jersey’s working-class families, he believes that everyone deserves a second chance and an opportunity to succeed.
Anthony, born and raised in Trenton and Lawrence by Italian and Scottish immigrants to the United States, graduated from Notre Dame High School before attending the Sam F. Secretario Carpenters Training Center.
Anthony became a member of the United Brotherhood of Carpenters & Joiners of America in 1989 and remained a union member for over 30 years. As a union carpenter, he served as a senior council representative, team leader, and trustee for the Northeast Carpenter Funds and as president of Carpenters Local Union 254. During career in the trades, Anthony fought for fair wages and strong health benefits for his union members.
Anthony began a career of public service in 2001, when he became a member of the Ewing Township Zoning Board of Adjustments, on which he served until 2004. He was a member of the Mercer County Planning Board from 2004 to 2008 and the Mercer County Improvement Authority from 2008 to 2016.
Anthony served on the Mercer County Board of Chosen Freeholders from 2016 to 2018 and has served the working families of the Fifteenth Legislative District in the New Jersey General Assembly since August of 2018. He was re-elected by his constituents to serve his first full term in the Assembly in November of 2019.
Assemblyman Verrelli supported raising the minimum wage to $15 per hour by 2024 so that all New Jerseyans can live well and retire with dignity. He champions legislation that improves and expands access to physical and mental healthcare –including addiction and substance abuse services – and reentry services; reduces recidivism, strengthens protections for veterans, seniors, children, and vulnerable populations; effectuates economic justice; and ensures clean air and water for all.
Assemblyman Verrelli is vice-chair of the Assembly Labor Committee and is a member of the Assembly Health Committee and the Assembly Special Committee on Infrastructure and Natural Resources.
Anthony has been a proud member of the Hopewell Township Knights of Columbus since 2010and sits on the boards of Recovery Advocates of America and CONTACT of Mercer County. Anthony lives in Hopewell Township with his wife, Donna, and his daughter, Alyssa, and many of his relatives reside in Mercer County.
Do you like this post?
Created with NationBuilder | Site by JRS Strategies