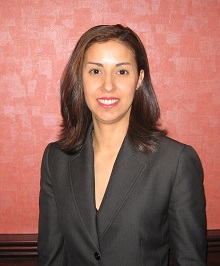 Perez is a top attorney with extensive experience in labor and employment law who joined DeCotiis, FitzPatrick & Cole, LLP as a Partner in March 2015.  The DeCotiis law firm specializes in municipal law and represents several hundred governmental entities across the State. She is Vice President of the Northern Region for the Hispanic Bar Association of New Jersey, previously served on the Supreme Court Committee on Women in the Judiciary, and was recently featured as one of New Jersey's top 50 rising stars. She is a recipient of the National Association of Women Lawyers Award and has worked with prominent judges and attorneys throughout her tenure. Coupled with her own extensive government and political experience, Perez's experience in the law is unparalleled.

"Mayor Diaz's selection of Arlene Quinones Perez, Esq. represents the kind of leadership that has moved Perth Amboy forward." said WPCNJ President, Michel Bitritto. “Quinones Perez continues to break the glass ceiling for women in the state.”
WPCNJ, founded in 1972, is a chapter of the National Women's Political Caucus, and is the authoritative voice for women in New Jersey politics.  WPCNJ is a multi-partisan organization dedicated to increasing the number of women in elected and appointed positions in government, protecting reproductive freedom, and promoting equal rights for women.
For more information on the Women's Political Caucus of New Jersey visit www.wpcnj.org.